Tartan designer Michael Lemetti has seen his creations worn by stars like Paolo Nutini, Al Pacino, Michael Buble and even the Pope. But nothing gives the Scots-Italian greater pride than seeing his new tartan being sold to fund research into heart disease.

Michael, 63, was in his 20s when he found out his blood pressure was dangerously high. He was 55 when he suffered a stroke and 59 when he had major heart surgery. Now he has designed a new tartan to mark the 60th anniversary of the British Heart Foundation. Michael, of Falkirk, said: “I wouldn’t be alive today if it wasn’t for the money raised to fund research into heart disease. It’s wonderful to think my designs might play a role in saving other people’s lives.”

Michael was running his family chip shop in Camelon, Falkirk, when he first came up with the original idea of designing a tartan in honour of the 85,000-strong community of Scots with Italian heritage. In 2004 Michael registered the design with the Scottish Tartan Authorities and received approval from the Italian Government. Since then, he has set up ‘Clan Italia’ where he sells a range of his tartan products – including golf trousers, ties, bags and T-shirts through his Clan Italia website – www.clanitalia.com. Choose Tartan & Support the BHF: The BHF tartan has been turned into several products including face masks and scarves, which are being sold at BHF Scotland shops and online. All profits will go to the charity.

Visit Exclusively Designed British heart Foundation Tartan Face Covering (bhf.org.uk) and Exclusively Designed British Heart Foundation Tartan Scarf (bhf.org.uk) James Jopling, head of BHF Scotland, said: “We are so grateful to Michael for everything he does to support the BHF. His personal experience and boundless energy to help raise awareness of the importance of research into heart and circulatory diseases is so inspiring and we’re really proud of the BHF tartan he has produced for us to help raise vital funds’.

We’re proud to support the BHF and are offering 4 Tartan Scarves in our Free Prize Draw.

All you need to do is send an email to marketing@colbeck.co.uk with your name and shop details. 4 winners will be drawn on Friday 8th October. 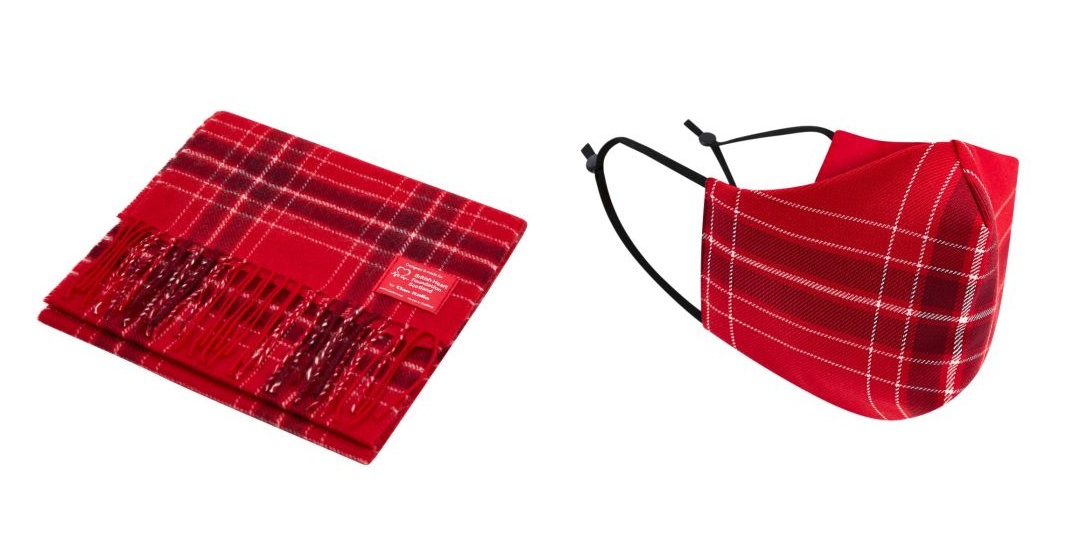